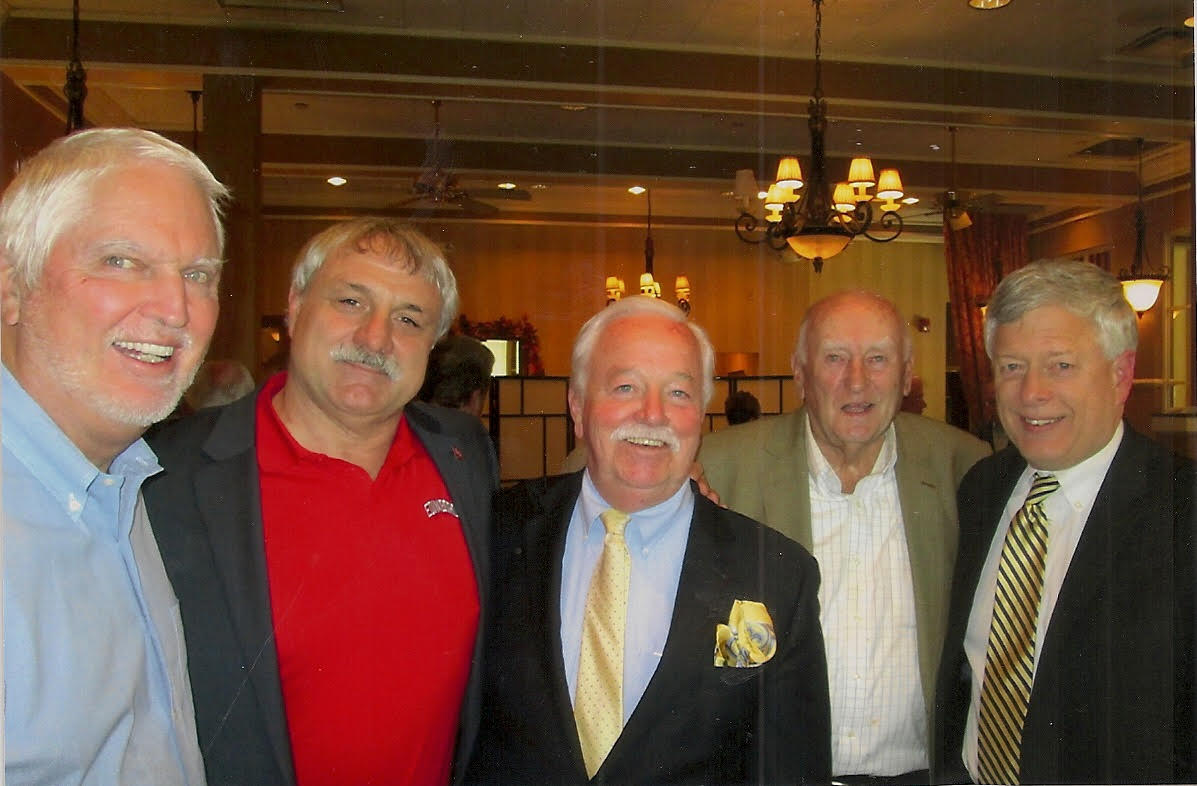 There is only one requirement to being invited to a Good Guys luncheon. You have to be a good guy.

I founded and coordinated this group that gets together on the third Thursday of each month (for eight months) at Atria’s Restaurant & Tavern in McMurray, and for four months in the summer at TGIFriday’s in Bethel Park.  Wives are included a few times each year at a summer picnic and holiday season gala.

There are over 100 members, mostly seniors, and half are regular attendees. There are two speakers for each get-together: one from the world of sports and the other from business, investing, education, medical, real estate and other ventures.

The Good Guys provide assistance to several nonprofit organizations. Its pet project is the Guardian Angels Medical Service Dogs, a nonprofit headquartered in Williston, Florida. Its founder, Carol Borden, and her board of directors, employees and volunteers are unleashing the incredible power of service dogs. The programs recuses, raises and trains medical service/assistance dogs.

Since its inception in 2010, Guardian Angels has paired more than 200 individually trained medical service dogs with deserving recipients. It’s focus is on military veterans with combat wounds. The animals are trained to mitigate the challenges associated with PTSD (Post Traumatic Stress Disorder), Traumatic Brain Injury, seizure disorders, glucose imbalance, mobility issues and more. This results in building/restoring the recipient’s independence and quality of life while minimizing reliance on government, communities, caregivers and families. There is never a charge for this service.

The Good Guys have made such an impact on this project that a new training facility is planned in Washington County. Tony Accamando, who has been involved in many programs for veterans, and George D’Angelo and Tom Anderson assist in the local program, and former state auditor general and Vietnam veteran Jack Wagner has been hired to raise funds to pay for the training facility. The Good Guys send a check to the Guardian Angel program every month.

Former Pittsburgh Steelers linebacker Andy Russell is a regular at the luncheons, along with former Penguins coach and general manager Eddie Johnston, and former NFL official Dale Hamer. Some of the notable guest speakers have been Bruce Baumgartner of Edinboro University, an Olympic medalist in free-style wrestling, Mark Nordenberg, former chancellor of the University of Pittsburgh, Mrs. Geraldine Jones, the president of Cal U., and Dr. Dick Jewell, the former president of Grove City College who now directs the Pennsylvania Gaming Commission.

For more information about this group, contact me at jimmyo64@gmail.com.