Storytelling is ingrained in the very fabric of our humanity. The act of sharing our stories can identify our commonalities and connect us in ways that inspire, educate, catalyze action and even heal hearts.

When it comes to our nation’s military veterans, every single one has an historic story to tell. That’s the inspiration behind the locally based Veterans Breakfast Club, or VBC. Over scrambled eggs, hot coffee and camaraderie, members of our nation’s armed forces—past and present—are given an opportunity to speak about their experiences.

“Our mission is to create communities of listening around veterans and their stories so that this living history is never forgotten,” explains Executive Director Todd DePastino of Mt. Lebanon. Each has a story to tell. All we need to do is ask.”

Every veteran, regardless of when or how they served, is invited to participate, along with their families, friends and neighbors. The club is open to anyone in the community—veteran or non-veteran—and there are no membership dues.

Last year, VBC brought together 7,500 community members, all for the purpose of hearing veterans share their stories. “At each breakfast, we usually prearrange to have a couple of the veterans speak,” explains Ellie DePastino, the club’s media and communications manager. “We especially like to give the floor to World War II because their numbers are dwindling quickly. Then we open it up to the crowd. It’s always heartwarming and poignant.”

The initial concept for the club was sparked in 2007 when Bridgeville resident Dan Cavanaugh began accompanying vets on trips to the war memorials in Washington, DC and serving as a bus captain. “I noticed that those trips weren’t just social, but also therapeutic,” recalls Dan, whose father served in World War II. “The time spent sharing their war experiences and listening to others who had been in similar situations was priceless in so many ways.”

Yet Dan observed that not every vet could (or wanted to) make the bus trips. So he began inviting veterans to come together locally for informal breakfasts. Todd, a history professor and author of a biography of World War II cartoonist Bill Mauldin, attended one of the breakfasts. In 2008, he joined up with Dan to formalize and expand the club’s reach. Requests to host the breakfasts caught on and has grown to 39 locations.

Evening and online events were gradually added, broadening the club’s activities to about 70 storytelling events each month. Over the course of 12 years, about 40,000 people have attended the club’s events.

Since the COVID-19 outbreak, VBC has made arrangements to host all of its events online for the foreseeable future. “We’ve initiated a program called VBC at Home, where we do live streams every Wednesday through a platform called Facebook Live,” Ellie comments. “We’re encouraging everyone to still be engaged because we’re in this time of crisis and people are experiencing isolation. Our veterans are especially susceptible to this so we’re making it easy for them to participate.”

Using Facebook Live, the veterans can share their stories from the comfort of their living rooms. Anyone can watch, comment or ask questions as the live event is happening. “We will also be adding pre-filmed videos and virtual happy hours where veterans can video chat with their friends over whatever beverage they prefer.”

To participate in VBC at Home, go to Facebook.com/veteransbreakfastclub.

Veterans’ stories are recorded for posterity and housed on the club’s website, as well.

“We invite anyone and everyone to attend our events and listen to the stories of our veterans,” Todd says. “There’s no better way to say ‘thank you for your service’.”

To learn more, contact Ellie DePastino at (412) 623-9029 or ellie@veteransbreakfastclub.com or visit vbcpgh.org. 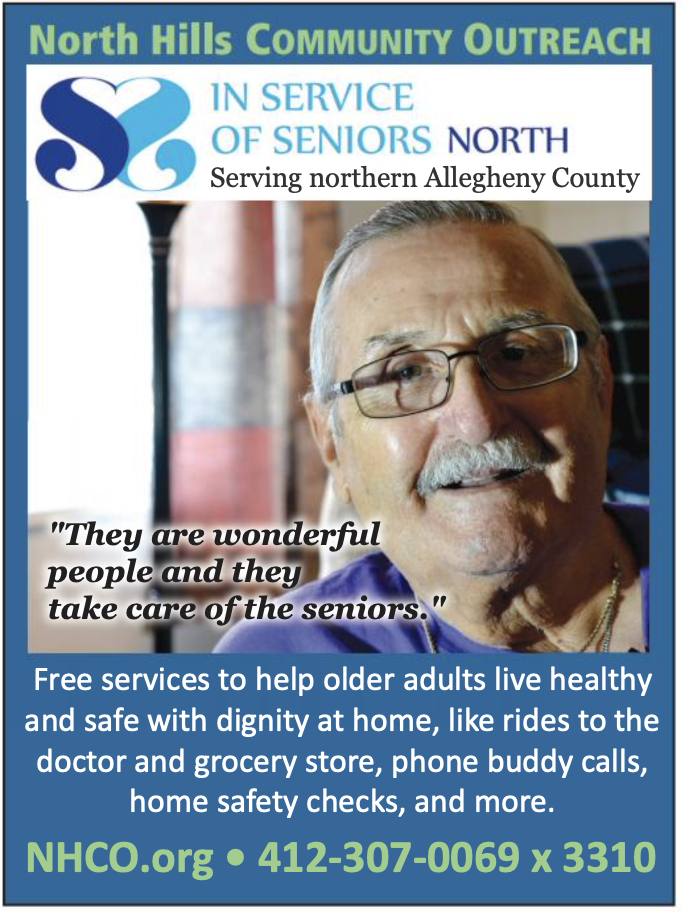