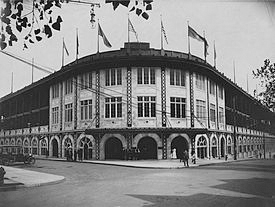 On a cool and overcast day—April 7, 1970—a fellow classmate and I snuck out of Pittsburgh’s Central Catholic High School and made our way across Oakland to Forbes Field. It was opening day, the last opening day in Forbes Field history. The Pirates were playing the New York Mets. We didn’t have tickets, so when a worker on the inside of the park raised a gate, we raced inside and didn’t stop running amid a chorus of “Hey, you kids!” We wound up in the right field stands. It was interesting for me to be sitting there because in all the years I had watched baseball at Forbes Field, I had never sat in that section. Tom Seaver and the Mets won that game, 5-3, over Steve Blass and the Bucs.

Another day later that summer, June 28 to be precise, turned out to be a most interesting day. The weather was beautiful. I was getting ready to go to church with my family when my best friend, Toby, and his younger sister, Betsy, appeared at my house. Toby had three tickets to that afternoon’s action at Forbes Field, a doubleheader against the Cubs. It would be the last game ever played at Forbes Field. I looked at my mother and she nodded her consent, so off to the ballpark the three of us went.

The Pirates swept that doubleheader and as soon as the game was over a strange thing happened. Fans started ripping out seats and some people ran onto the field and started pulling up clods of sod from the playing field. I remember walking home through Schenley Park after the game. Under each arm, Toby carried two seats he had taken as souvenirs. He still has them.

In July, the big news in town was opening day at the brand new Three Rivers Stadium. It seemed like I was the only person without a ticket. My friend, Mike, called and said he had an extra ticket, and would I like to go with him. You’d better believe that I said yes.

Opening day at Three Rivers Stadium, July 16, 1970, was indeed a day to remember. Mike and I had great seats in a field box, first base side. I remember Bing Crosby, part owner of the Bucs, walking up the aisle with his young son, smiling at everyone. At the start of the game, the Pirates appeared in their new white-knit uniforms with gold and black trim. The caps were gold with a black brim. Everyone applauded when they took the field. As for the game itself, the Pirates lost to the Cincinnati Reds, 3-2.

It really didn’t matter if the Pirates won or lost that day. Just being in that ballpark was special enough for me.